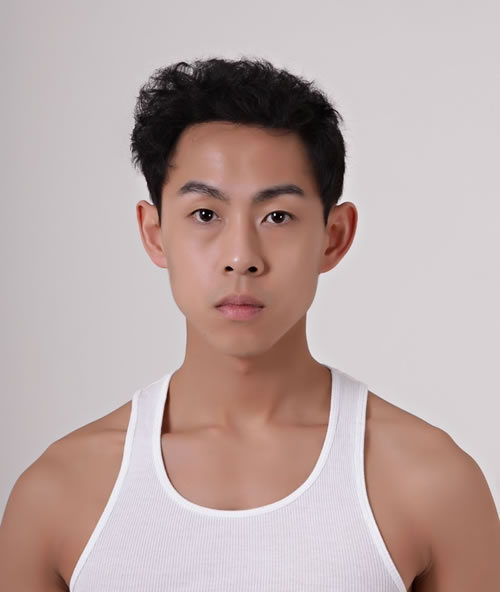 British born and raised Chinese with a quintessentially British accent of Received Pronunciation, Simon Tse had been travelling across the Asia-Pacific since June 2014. He was a part time model in the UK and Singapore in 2010/2011 and did some adhoc work during his travels around Asia. He notes greater diversity abroad compared to the UK market that fails to cast any Eastern Asian personality for anything within the media such as billboards, adverts and magazines.

Simon notes that beauty is simply based on perception and is not subjected to limited guidelines, but that it can ‘be found everywhere, in the most different of faces’. Androgynous features that have more of an ‘high end’ look tend to work in his favour.

Although Simon is more experienced in modeling he is willing to have a go in acting, having completed two terms for Sydney Drama School. He was thrilled to be cast as a WW2 soldier for the Japanese frontline in Mel Gibson’s “Hacksaw Ridge” in late 2015.

Beyond these industries, Simon is fun, daring, charismatic and sophisticated and has a strong, hardworking passion for the industry, which brings its own sense of style.

Simon volunteers with St. Vinnies in Martin Place, NSW as he believes in giving back and helping those in need. In his spare time, he enjoys cooking and does smile in person—honest! Either way, he is happiest when he is able to express himself and be creative with like-minded individuals or by himself.