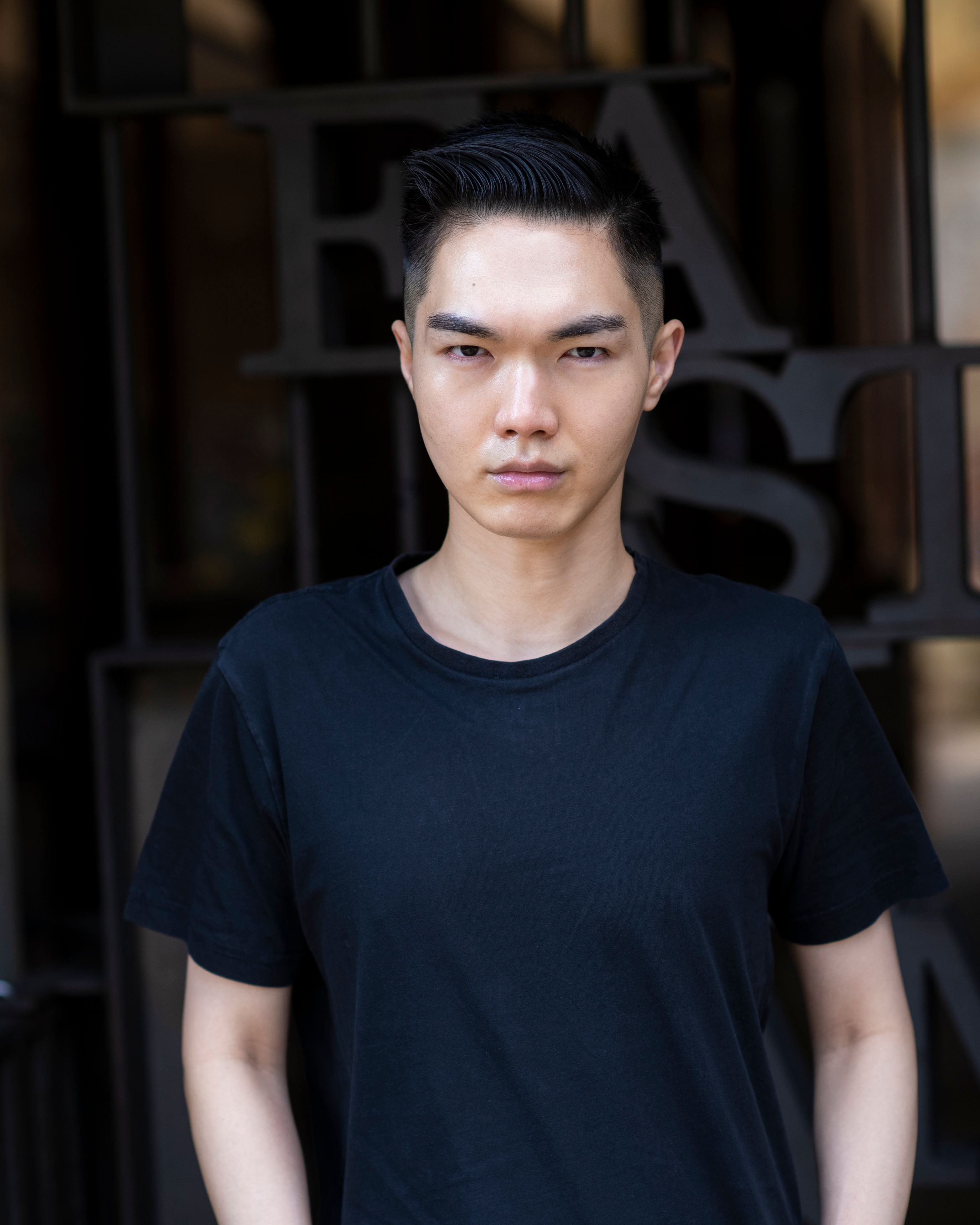 Samuel F. Lee (birth name Samuel Lee Fujian) was born to Malaysian Chinese-Japanese parents in Ipoh, Perak in Malaysia. He came to Australia to pursue his tertiary education. From a young age, he was exposed to foreign film and music—all thanks to his housemaid who was looking after his grandparents back then. She only favoured foreign movies outside of his heritage; from short Hong Kong TVB series to lengthy Spanish telenovelas, so he had always been glued to the TV while completing his homework.

However, it was at the age of seven when Samuel’s passion for Bollywood began. He would sit and watch subtitled Bollywood features for two-three hours without knowing what the dialogue really meant. Instead he was entranced by elaborately colourful and gaudy sequences of good-looking leading actors and actresses, illogically dancing around palm trees, doing their best ‘peacock mating ritual’ in order to woo each other’s hearts.

It wooed Samuel’s heart, for sure. As an openly gay man, his favourite onscreen gay couple is ‘Chrolli’—which stems from a famous German soap called “Verbotene Liebe (Forbidden Love)”.  That laid the groundwork for some self-taught German as well as a fancy for good-looking German men.

Clint Eastwood once said: ‘Whatever you do, do it well. Be humble, work hard and be a man’.

So began Samuel’s foray into filmmaking and acting, which did not blossom not until his second year at the University of Adelaide where he became sick and tired of academic based assignments. As a matter of fact, his volunteering for film as an extra and behind the scenes got his first foot into the door of creativity and entertainment, which also extends to contributing to Hollywood films as a donor or producer. In 2011, Samuel auditioned for the SBS Bollywood Star Search in Melbourne. Although he was not shortlisted, the experience was memorable, providing him with glimpses into how much effort was needed to pick up the choreography (within a tight time frame) before a Bollywood dance sequence was shot.

Samuel undertakes Bollywood classes every weekend and have performed Bollywood dance at various major community events in Adelaide including the most recent International Cricket Cup 2015. He has also participated in various flash mobs both in Sydney and Adelaide, dancing for Australia Day, Adelaide Fringe and so on. As an avid Beyoncé fan, he completed a dance workshop and flash mob at the Adelaide Fringe with the Bey Dance group from Melbourne.

Samuel regularly dances and performs at the annual Credit Union Christmas Pageant—the largest of its kind in the world.

In 2013, Samuel scored an amazing opportunity to play the Chinese acrobat on the dystopian suspense thriller “The Rover” alongside Guy Pearce and Robert Pattinson. He found Guy to be a well-grounded and protean actor whereas Rob was definitely pushing his limits with his first role on an Australian film. He recounted a ‘Cedric-Diggory-meets-Harry-Potter-moment’ when during a break Rob had come over to say hi, due to the fact Samuel was sporting a gunshot wound on his forehead!

Samuel has a very sneaky, tongue-in-cheek streak with a sexually playful and self-deprecating sense of humour that tends to put a smile on people’s faces. He is known to have a running, ‘people-watching’ commentary on the who’s who of all the gorgeous men in the film and fashion industry!  While quite the extrovert and often expressive about his feelings, he can also compartmentalise an incredible degree of professionalism, courtesy, empathy and a helping hand for others.

Samuel’s ultimate mission is to star in a Bollywood extravaganza and dance for his life alongside some of his favourite Bollywood legends such as Shah Rukh Khan, Hrithik Roshan and Prabhu Deva. Moreover, he would like to work full time in the film and fashion industry and reap rewards for doing what he is passionate about. His dream is to travel round the world and meet many different people one day, speaking more languages and learning about other cultures. On the business end, Samuel plans to set up his own film production and event management company in the near future.

Samuel was also one of the organising committee members for the Miss/Mrs Australasia & Pacific Islands Pageant 2015 in a bid to create awareness about violence against women.

Samuel’s motto is: ‘I always believe in myself, live my life to the fullest and will strive to treat everyone with kindness and respect.’