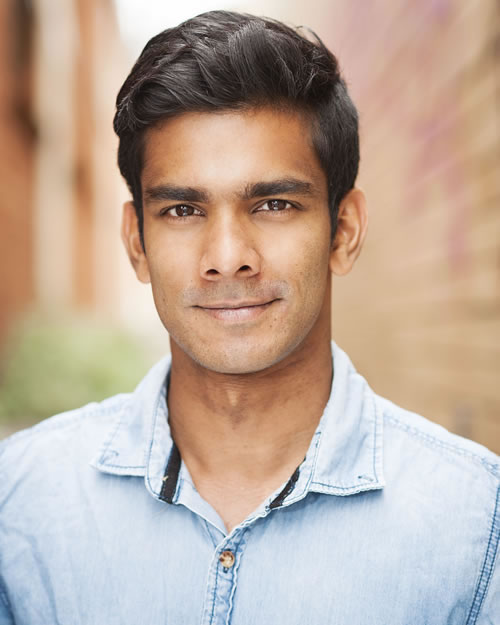 Born and raised in Sri Lanka, Rayesh Gunasekera emigrated to Australia in 2008. Graduating in 2012 with an Advanced Diploma in Acting from The National Theatre Drama School, he had gone on to work with innovative theatre practitioners, both local and Sri Lankan. Being fluent in both Sinhala, and English, he has made it a necessity during his creative journey to explore both cultural backgrounds and thereby bridge the gap towards creating a greater understanding among his audiences.

To this effect Rayesh worked closely with National Theatre Drama School to perform in groupthink, rollercoaster dynamics from “The Conquest of the South Pole” (2010) to the serving-of-hate-crime-injustice in “The Laramie Project” (2011) and fatalistic love set in Ancient Greece in “Orpheus & Eurydice” (2011). Equally as importantly was highlighting the bicultural setting of his South Asian ancestry against the spectacular American waterfall setting on screen in “To Niagara with Love” (2012).

Aside from acting Rayesh has taken a step towards honing his craft as a screenwriter and director, studying at RMIT University. Through this he has greater hopes for creating stories that would transcend cultural barriers, and also help him find his unique artistic vision. He has already begun to make this stride by directing 2016’s “The Marriage Proposal” with Performing Arts Circle as well as “The Bear & the Proposal”, which were both received enthusiastically.

Other than his days on track and field and captaining a team during his high school days, Rayesh is fairly proficient in mixed martial arts including Wing Chun and karate and can adapt to any style quickly.