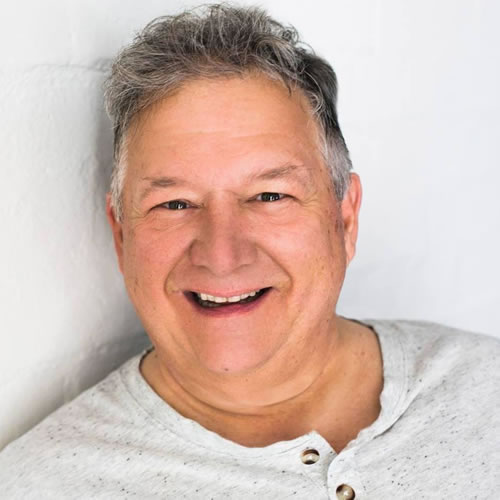 Randall Berger grew up in Santa Barbara, California, studying drama, vocal and instrumental music. He performed in school, rep and summer stock productions since age 13, mainly musical comedies. From there he did a lot of work with local theatre companies, namely Youth Theatre Productions (1967-1972) and Alechama Productions (1972).

In 1973, wanderlust got the better of him and he migrated to Australia by himself at age 19 ‘on a lark’ to follow close childhood chum, actor Lance Strauss (“Elton Jack”, “Chucky”) across the Pacific Ocean!

Following the course set in his early teens, Randal went into professional theatre, namely musical theatre in original Australian casts of Broadway and West End shows, as well as broadening into more dramatic roles. He married drama educator Helen Sandercoe in 1977 and settled in Melbourne with three cheeky and creative adult daughters, Sarah, Rebekah and Matilda.

Randall began a parallel career as a professional, award-winning copywriter and freelance scriptwriter in radio, multimedia and advertising, as well as taking extras work and small roles in local TV productions. In 1983, the first film role of note was as a reporter in the film “Phar Lap”. As a ‘portly’ character actor and an American expat, roles were few and far between at the time.

Randall might have finally come out of the closet as a screenwriter but has fond memories of his highest profile role, which was as as violinist Isaac Stern in the Geoffrey Rush classic “Shine” (1996).