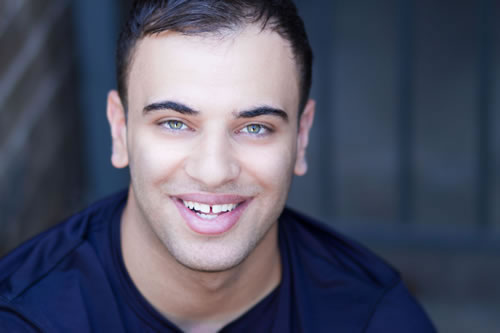 Born in Baghdad, Iraq, Ramy Jajo is the oldest of five siblings and moved to Australia in 1999. During high school years he realised his passion for the unpredictable but purely adrenaline-fueled world of acting and decided to pursue it further by attending Sydney Theatre School quickly after graduation. He is of Chaldean/Assyrian (West European, East European, Middle Eastern, European) background and currently resides in Sydney.

As Swiss Army Knife master of international languages and accents, Ramy is flexible when it comes to crossing geographic borders and believes in going an extra mile just to reach his goals. He enjoys new challenges and experiences, as this is the only way that he can be tested by adversity before he can truly build his character, while bearing strong faith in his own path. Therefore Ramy will never stop trying, no matter how many times he fails, because you will never know how close you may have gotten to the finish line.

Indeed, he was born to entertain others. Ramy also believes in standing up for others and questions injustice and ethnic marginalisation on a legal and social level. For this reason, he joined the committee of AntiDiscrimination Board of NSW, dedicated to not only make a difference but also bring order to disaffected youth’s lives and give them a clear purpose in life.

He is a holistic and attentive filmmaker and enjoys all footy codes, keeping himself fit with the following: rugby, swimming, AFL, ice hockey and surfing, to name a few. Ramy stands by this mantra: ‘If you enjoy what you do, you never have to work a day in your life.’