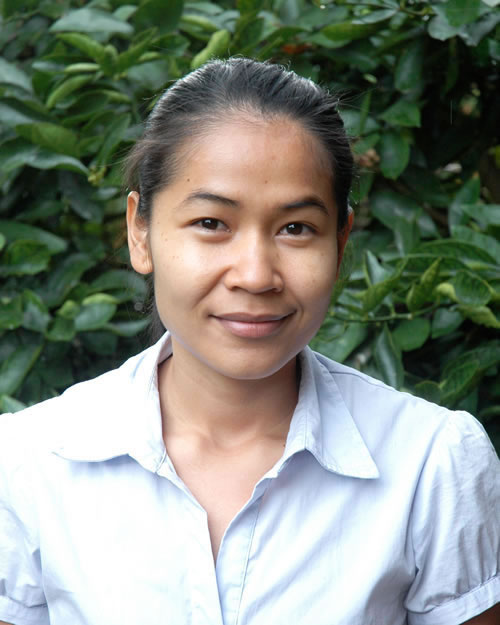 Piphallari Champa has worn many hats during her young but prolific career in the entertainment, arts and media industry. She quickly cut her teeth working by beginning as a personal assistant to KMY Films, a premier film agency purchasing rights of international content for distribution within the Kingdom of Cambodia. There, she organised committee meetings and worked in administration, accounting, logistics, scheduling, support, purchasing and guest/public relations. She moved onto Capetoste SRL, a production company from Rome in the same role plus an on-set translator in both English and Khmer to the director and actors.

Carrying over the all-important role of translating on “The Invisible Highway”, which shot on location in Siem Reap, Piphallari later became production coordinator. In addition to obtaining film permits through ASPARA Authority, she oversaw logistics (import & re-export) and coordination of the film crew and equipment. Recently, in 2014 she worked with Archibald Nemesis Films to produce their documentary “1001 Nights”.

For BBC, Piphallari was an assistant to both 1st A.D. and 2nd A.D. on the popular and savvy youth-orientated series “Loy9”. A multimedia initiative aimed at increasing community participation in public life, she considered it to be an inspirational highlight of her career. By sourcing talent and operating auditions on top of an existing skillset, she simply added another feather to her cap.

Since coming to Australia in 2012, Piphallari served an internationally recognised Sydney-based artist Simryn Gill in day-to-day production of her artworks. She also scheduled programming, rostered volunteers, fielded enquiries and prepared stock market and weather reports for Radio 2RPH for the Print Handicapped.

The worlds of film, television and radio may be one beast. But her specialty for communication and quality customer service, proficiency with Microsoft Office and business documentation, and effective time and workflow management in a high-functioning and demanding team environment while being independently driven and goal-orientated has made Piphallari another beast altogether.

Her exposure to these production companies from the likes of Dubai, Italy, the UK and America has already prepared Piphallari for the best, which is yet to come – and that is to leap into the front of the camera.