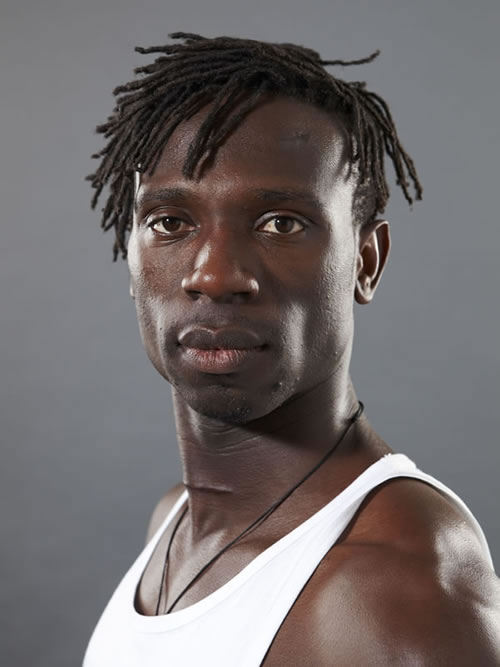 Lucky Lartey is a Sydney-based dancer and choreographer, originally from Ghana, West Africa. Lucky’s work draws on his traditional culture of rhythm and dance as well as his understanding of contemporary movement practices. Lucky’s dance and choreographic practice looks for ways to negotiate what it means to draw on a rich history of traditional dance while innovating within a contemporary context. His methodology for developing dance work focuses on the collaboration between live percussion music and movement and is often informed by themes of social justice and the reinvigoration of past cultural forms such as cultural games and social activities.

​Lucky’s works include “Calabash” (2012, 2013), “Meeting Point” (2013, 2014) and “Long Walk”, which debuted at the Attakkalari India Biennial 2015 and “Jamestown!”, which premiered at Sydney and Melbourne Fringe Festivals 2015. As a dancer Lucky has worked with contemporary and cultural artists such as Annalouise Paul as part of “Mother Tongue”, and Marrugeku and Stalker Theatre’s project “Listening to Country” Dance Lab.

In 2016, Lucky was awarded the Keith Bain Travel Fellowship from Ausdance and the Innovating Practice Grant from Ausdance NSW to travel to Burkina Faso to work with Serge Aime Coulibaly in 2017.

In 2015, Lucky was invited as part of Critical Path’s Facilitated Program to participate in the 2015 FACETS program at Attakkalari Centre for Movement Arts in Bangalore, culminating in a performance of the work at the Attakkalari India Biennial 2015. As part of the program Lucky got to work with 9 other choreographers and a team of international mentors including International Choreographer Philippe Saire, Curator and Media Artist Margie Medlin, Director and International Choreographer Jayachandran Palazhy, Lighting Designer Jonathan Roberts, and Sound Engineer Martin Lutz. Lucky then performed Long Walk to a Sydney audience as part of Critical Path’s Interchange Festival 2015.

Lucky has also taught, choreographed and performed as part of a number of community cultural art and development projects including Dancing in Harmony at STARTTS and “Dance Africa Dance”, which have focused on showcasing the artist talent of the African community in Sydney. In 2013 and 2014, Lucky has also received a number of nominations and awards as part of the Celebration of African Australians National Awards for the Best Contemporary Dancer and The Most Outstanding Troupe of the Year.

Lucky is the founder and Director for the TUUMATU Creativity, Dance and Music Festival an annual event hosted in every December in Accra, Ghana – a Festival seeking to celebrate local talent and bring independent artists together.

Lucky’s key interest areas include: Intercultural work and collaboration; exploring notions of what is contemporary and traditional movement practice; community cultural development; exploring his identity as a West African producing work in a contemporary context; and exploring opportunities to collaborate, present work and teach internationally.