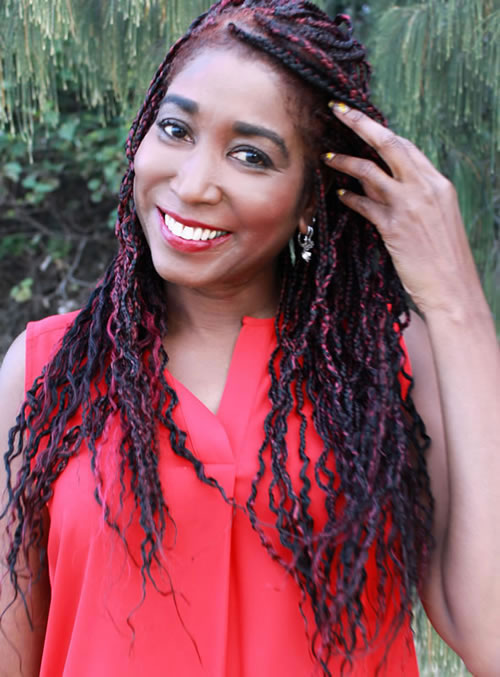 Marlaina Curtis (M.A., B.A., Honours, Cert Ad Tchg Dip.) boasts over twenty years’ unparalleled experience in TV, film, theatre, the arts and major advertising poster campaigns worldwide with a larger-than-life personality and voice to match. She holds an exceptionally positive attitude to life, which usually reflects what she has managed to achieve in her life. She is the eponymous host of a cooking/fashion hybrid show Marlaina’s Kitchen’s “Food in a Flash” for TV Prime, New Zealand, which aired for six weeks in 2013. On the back of a successful reception, she is selling the concept into other markets while working on the second series.

But that’s not all: she has written, produced and directed children's programs, a youth-orientated chat show “Teen Talk” as well as a quiz program for family. Marlaina backs up her brains and an imaginative, editorial flair with a diploma in novel writing, certificate in creative writing, two of her theses for her degrees, a Woman's Day write up and various magazines for the UK and South African markets. She has choreographed musicals, dance and fashion shows and has been a teacher in modeling, theatrical productions and numerous, evolving dance styles. She has given lectures and vital talks on cross cultural identity, black history and visual arts.

Due to Marlaina’s impeccable taste for styling and makeup artistry, she has demonstrated to her friends in how to make the best of their wardrobe. No wonder, she was named as the best-dressed person in the region of Christchurch and wrote an information pack for perusal, titled: “How to Dress to Impress”.

Marlaina has won dancing many competitions in freestyle, contemporary and Ceroc (a fusion of Salsa and Jive, also known as Modern Jive), exceling in improvisation. She also happens to be a WCOPA (World Championship of Performing Arts) USA 2011 medallist in four gold and two silver, as well as bagging two overall champion plagues. She was voted as Best Catwalk Model in the UK. She was recently a guest on the web show “Thestylish” and won a beautifully shameless ring for the most embarrassing story (which won’t bear repeating on here). She has curated her own exhibitions, some of which received a European tour for her efforts.

They all reflect Marlaina’s very direct approach to life and her love of living it to the fullest. Her motto is to take life by the horns and enjoy the ride. As the mother of three, however, her greatest success is that she has set a brilliant and unstoppable example for her children to follow—and for anyone else in this life.