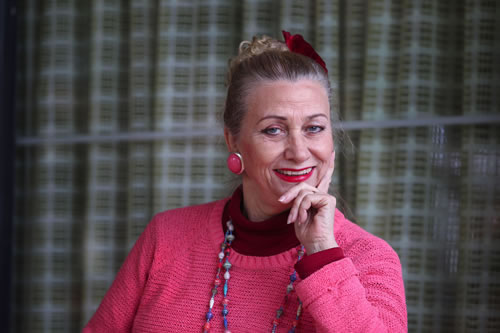 A talented choreographer and dynamic performer, Leonie’s choreographies have been performed by troupes from Townsville to Tasmania. Family ties in Turkey also keep her up to date on the latest costumes, music and dance styles.

Leonie has played a crucial role in the development of Middle Eastern Dance in Australia as Producer and Artistic Director of Sydney Middle Eastern Dance Festival. The festival was the first of its kind in Australia and ran for 27 years. It attracted dancers and audience from all over Australia and overseas and is still considered the biggest in the southern hemisphere. She has organised and directed the very popular annual Belly Dance Expo, a one-day event.

In 2006, Leonie pioneered the export of Australian Bellydance to Turkey when she was invited by the producers of Turkey’s “Oryental Star” TV show to teach the contestants and perform on the show. Turkey’s premier belly dancer and international superstar Tanyeli, introduced Leonie on the show as ‘one of the best in the world’.

Leonie’s teaching philosophy is based on enjoyment of the dance. She sees the art of Middle Eastern Dance as a celebration of a woman’s body—no matter what shape it is! Leonie’s classes are equally as popular with students who just want to have fun and improve their fitness as they are with those who want to seriously pursue the dance as career.

Leonie still trains professional dancers and specialises in drawing out individual talents and styles. She was Artistic Director of her own troupe of dancers The Fabulous Turkish Delights, who have had successful careers as soloists and troupe members and enjoy a varied and engaging performance life.

Now retired from her own successful school, Leonie still teaches popular classes at the City Tattersall's Club and Canterbury-Hurlstone Park RSL. She is also much in demand as a guest teacher at festivals and schools around the country.