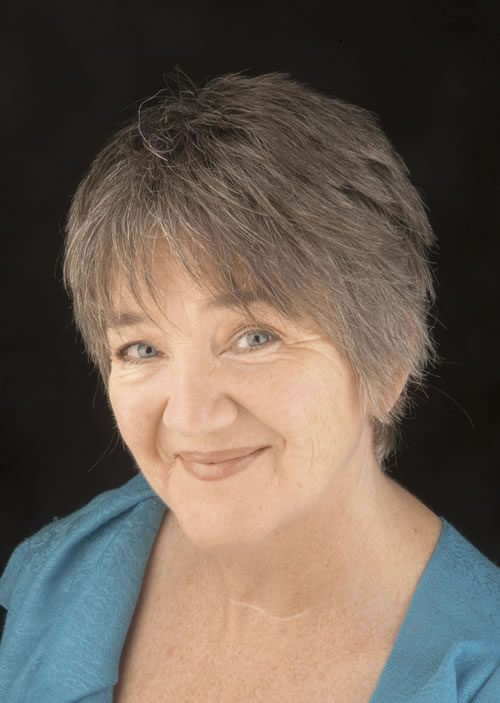 Kate Hood has had a full career as an able-bodied actor, writer and director, which lasted for over 20 years. She has performed in everything from classics to musicals, working for major theatres (Melbourne Theatre Company, State Theatre Company Adelaide, Hit Productions)and commercial production companies(Gordon Frost, Everyday Productions). Some of her credits include “Pygmalion”, “BigRiver”, “Buddy”and “Hotel Sorrento”. Her film and television credits include “Prisoner”, “Dancingin the Dust”, “The Flood”and “Blue Heelers”and she has worked as the main promotional voice-over artist for the ABC. She has directed for Melbourne Fringe, the Brisbane Festival, Opera Plus and Jane O'Toole Productions.

As a wheelchair user, Kate reinvented herself as a disabled actor, has worked extensively as a voiceover artist, working commercially and winning awards for her audio book narrations forBolinda Publications. She now writes and performs her own work, which includes monologue, short story and spoken word. Some examples are “Queen Esme of Collingwood”, “Growl, Motor Neurone” and “The Girl with the Blue Hair”.  She collaborates with others as director, mentor and dramaturge (Quippings, Theatre on Wheels) and has become a strong advocate for actors with a disability, sitting on the board of Arts Access Victoria and Actors Equity's Diversity Committee as Deputy Chair.

Kate has been awarded a mentorship with Writers Victoria to work on her play“Ruthie”. Her most recent credits include Quippings: “Freaktastic Fringe” as part of Melbourne Fringe 2014, Newstead’s “Short Story Tattoo”, Quippings: “Hares and Hyenas”and a spoken word performance for the Words in Winter Festival.She is working on her show“That's Why the Lady Needs a Ramp”.

In 2015 the Australia Council funded Kate to participate in the Jo Verrent Sync Leadership Intensive, which is a course from UK disability/arts company No Limits. It is designed to find and train potential leaders within the Disability Arts sector in Australia.

In 2016 Kate formed the production company Raspberry Ripple Productions, and plans to collaborate with disabled and non-disabled performers to create work which dissolves the divide between the mainstream and disability arts sectors. Raspberry Ripple’s first production of “Enunciations” was supported by the City of Yarra, Arts Access Victoria and Footscray Community Arts Centre, and was an in-house production at FCAC in August 2016.

Kate is excited at the possibilities opening up in her new career as a disabled artist and creative leader, and feels that her years of experience as an actor, writer, director and advocate will serve her well in her new direction as Artistic Director of Raspberry Ripple.