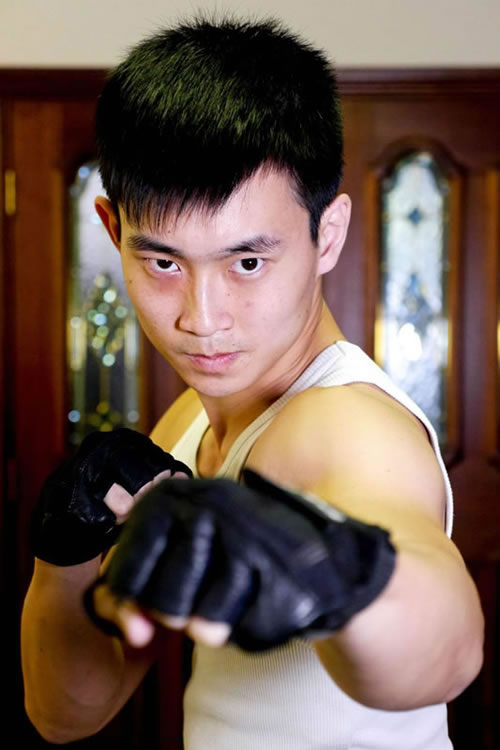 When it comes to Joshua Tieu’s earth-shattering fists and kicks, they neither know boundaries nor infamy in stunts and choreography among many of Australia’s martial arts film aficionados. Whether it’s taking names or making fashion statements out of our plucky heroes (or dying trying), he relishes playing type—gangster type, that is. From primarily stirring in an action, fantasy and comedy mish-mash in hit series “Atomic Kingdom” (2013), “Whoopa-Chow!” (2013) and more recently, “Maximum Choppage” (2014), to indie, self-funded martial arts films such as “Enter the Dojo“ (2012), “Hit Girls” (2013) and “Fist of the Dragon” (2014) he has worked alongside impeccably gutsy filmmakers Maria Tran and Adrian Castro as well as lauded fight choreographers Trung Ly.

Joshua was humbled to re-enact a warzone during the 1968 Battle of Coral and Balmoral for ABC’s “The Crater” (2014), working with award-winning documentarian David Bradbury. It took him back to his spiritual roots—that everything he is, today, has come out of both the combative horrors and fragile resoluteness of Vietnamese history. On the outlandish side, Joshua chews up the scenery, utilising parkour and intimidation in “Fat Pizza vs. Housos” (2014), “Hidden Peaks” (2014) and play “Monkey: Journey to the West” (2015).

Joshua is an active member of Dong Thanh Alliance and Head Tricking Instructor of Team 9Lives. He has elevated his latter team to nationwide renown in Australia Hip Hop Championships, fundraisers and many various weddings and festivals.