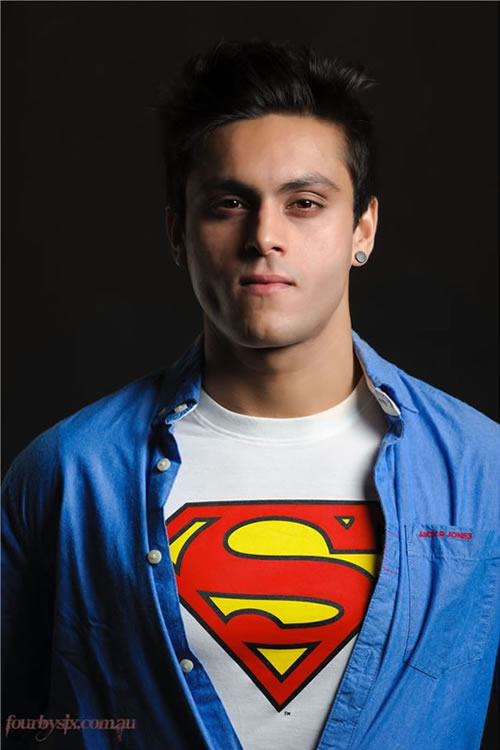 Already sharing the namesake with a famous Bollywood actor, Guv (aka Gov, aka Govinda) Kesar is an enthusiastic and competitive artist with a can-do attitude. He has always admired the glamourous, flaunting and edgy idea of runway men's modeling and has been doing photo shoots/runway modeling events for three years. Needless to say, his charitable and down-to-earth side has also earned him valuable support and representation of local designers through some of the fashion shows such as the “Diwali Indian Festival of Lights” and “Worn Wild West”.

Having been told that he has a very natural, fluid approach to acting since high school, Guv has been actively pursuing his studies at The Australian Film & Television Academy. His approach is like a cultural and character sponge – he readily absorbs personas and archetypes, playing on the hijinks of a soap opera narrative and the classic good and evil duality. But he appreciates confident depth and smouldering subtlety, crafting a meld of his Indian heritage and Western customs into his portfolio.

Guv debuted on national television in 2012, starring in SBS’s “Bollywood Star”, a four-part series which gave ordinary Australians to win a life-changing prize: a role in legendary Bollywood director Mahesh Bhatt’s next Bollywood movie. Despite a formal lack of training in acting or dancing, he made to Top 20 beating out 1,500 hopefuls. In the process, he also observed the prevalent and economic nature of martial arts films in Indian cinema, something of a provenance which has historically been overlooked by the Western counterpart. However – step by step – being the trendsetter that Guv is anyway, he plans to change this entertainment landscape and bridge the two worlds closer together: he sees that each is more alike than apart.

Overall, Guv is a man of solid foundations and has no greater wish than personal and career growth. The experience he gained from “Bollywood Star” was uplifting and motivated him to be a better actor. He has an equally ambitious view to explore viable opportunities within the fashion industry and give it a full time focus.