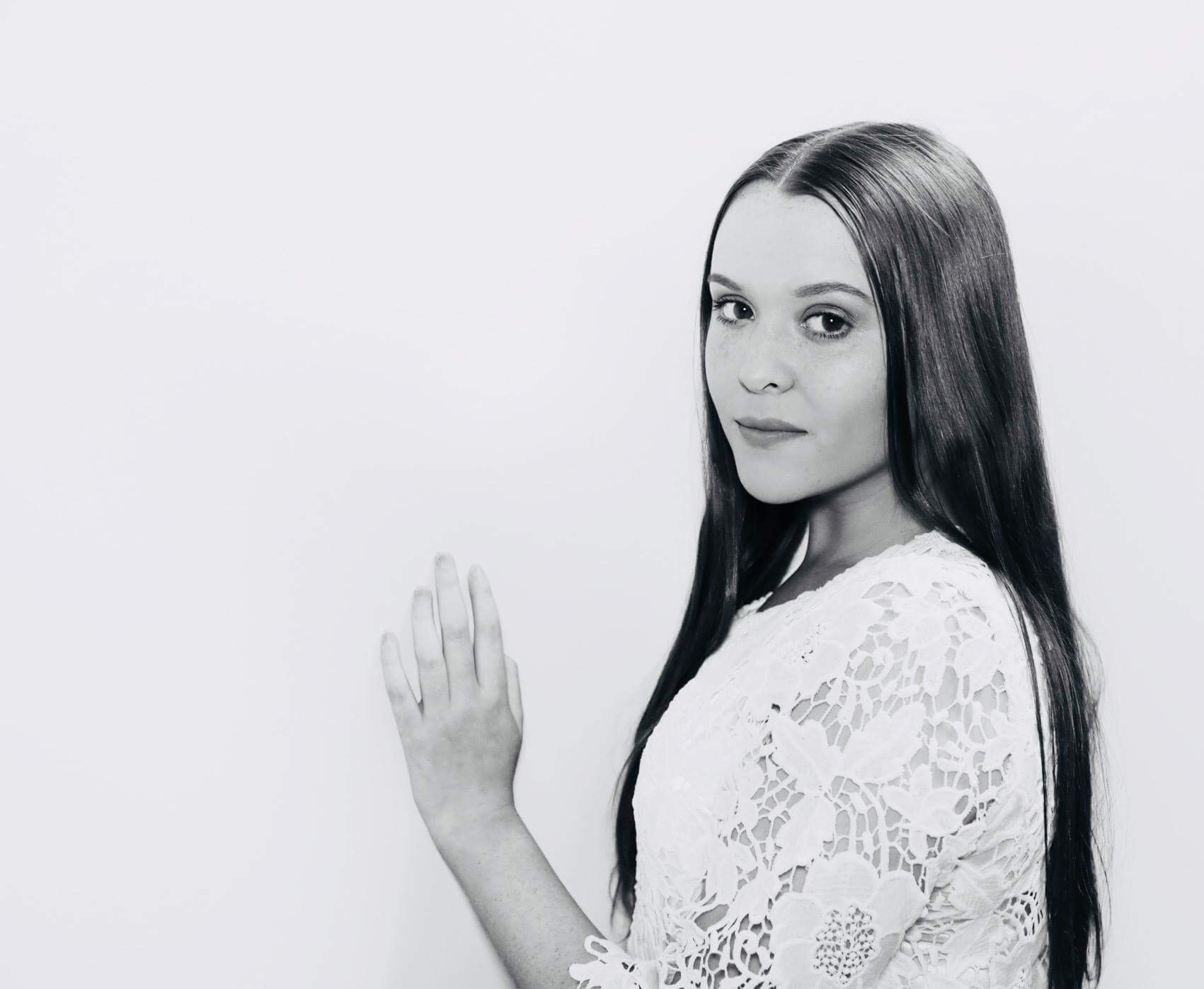 Chelsea Hawke is a devoted and passionate performer who began her training at 12 years of age, and has studied her craft consistently since. She was an active member of eight amateur productions, namely playing Belle in the Junior Production of “Beauty and the Beast”, Karen from the Trio in “The Boy from Oz”, Dorothy in “The Wizard of Oz”, Smitty in “How to Succeed in Business Without Really Trying”, and Morticia Addams in “The Addams Family”.

Chelsea has successfully completed VCE Drama and Dance, and is proud to have duxed both subjects.

In 2015, Chelsea was fortunate enough to embark on a Performing Arts Tour with her Secondary School—travelling to New York and Los Angeles for two weeks to take part in immersive acting, dance and performance classes, with renowned artists in the industry. Throughout this trip, she was honoured to take part in two acting workshops in New York—being the Upright Citizens Brigade Improvisational Workshop, and the Lee Strasburg Institute of Theatre and Film Method Acting Workshop. She also took part in the International Academy of Film and Television On-Camera Acting Workshop in Los Angeles. She regards these experiences as invaluable, and states that they assisted her in developing her artistry and technique in acting. She was also lucky enough to have trained at the Edge Performing Arts Centre, taking part in a Hip-Hop Workshop during thistrip.

Chelsea has completed study at the National Institute of Dramatic Art (NIDA), and has received her Diploma of Musical Theatre. This training has been absolutely invaluable to her, and has assisted in deepening her skills in the three disciplines of singing, dance and acting. Throughout her training at NIDA, she has been lucky enough to strengthen her abilities through vocal and acting masterclasses, as well as weekly classes in acting, stagecraft, voice, repertoire, language, aural perception, ensemble technique, Pilates, ballet, professional practice, acro, fitness, dance and movement. All of these techniques and skills that she learnt were culminated into her final Showcase, which was well received by audiences.

Chelsea is currently studying a Bachelor of Fine Arts (Acting) at Victorian College of The Arts. Through this intensive, full-time training, she has studied a broad range of acting, voice and movement techniques, strengthening her knowledge and skills across the acting medium. While training, she continues to sing professionally as well as assisting students who seek to develop their skills in the area of performing arts.