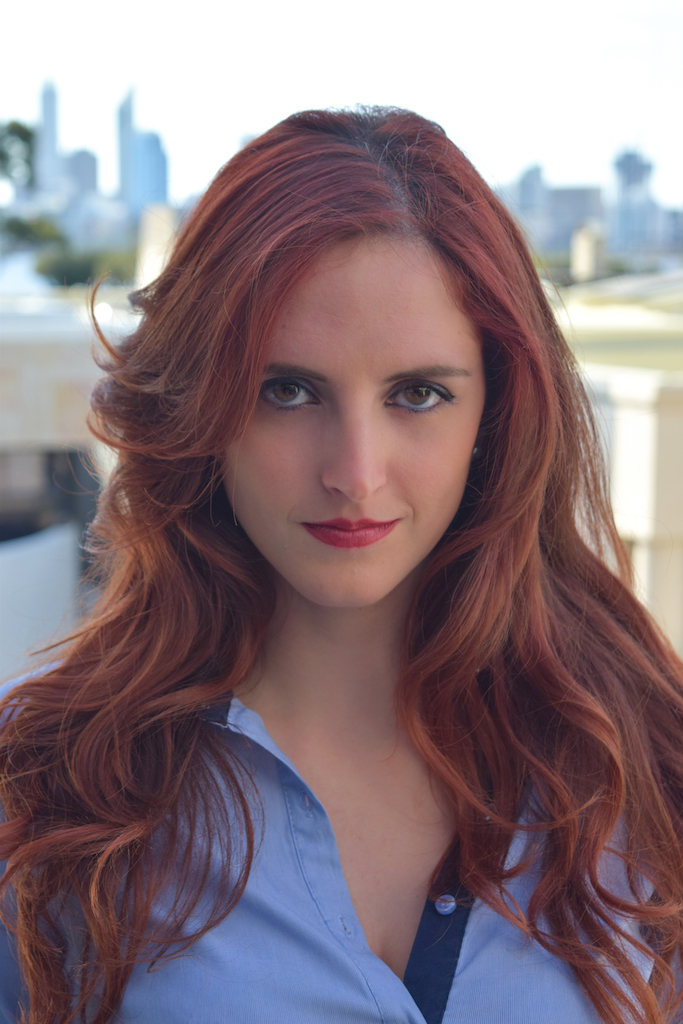 Cristina Siciliano was born and raised in the South of Italy, Apulia, the land of Trulli—good food, olive trees and, of course, the land of magic. ‘You just can’t grow up wanting to be an international spy. You want to be an artist.’

Cristina started dancing when she was 4; her parents put it down to being a pest and thought that classical dancing would teach her manners and digestion (from huge nonna’s mains based on parmigiana and orecchiette with meatballs). However, she grew to love the dancing as it made her feel free and invincible.

At 13, she realised that she just didn’t want to be a nice puppet, so she transitioned into acting as a means of fooling people into believing that she could be someone else.

Cristina started an acting course alongside high school (back then there wasn’t a performing arts institution in Italy that was also good value). Whilst at Languages High School (8.00 am-2.00 pm Mon-Sat) she discovered her affinity for foreign languages including English, Spanish and some German, and took a broader interest in different cultures. She juggled this schedule with her performing arts training, despite being youngest in the group.

Cristina learnt a lot in those four years at Accademia Unika: respect for the verisimilitude of theatre and teamwork, to be reliable, to be punctual, focused and above all, to be passionate about singing. Through American songs, she worked on her English pronunciation.

At the age of 18, during an experimental masterclass Cristina accepted a proposal with her first leading role: a Greek princess, a princess who was predicting terrible things so she had a rather unfortunate life. However, backstage, she was destined for greater things.

Cristina honed acting techniques and styles ranging from Shakespeare and Chekhov to experimental theatre and musical theatre, until she scored a spot in the I Make Academy for the Commedia dell’Arte Masterclass in 2013. She had a blast playing a clown and discovering a whole new world behind each actor’s form and gesture. They collectively made a pop tragicomedy out of the fact, and took it to Greece (to this day, this production is still having a great success around Europe).

However, it was really Cristina’s tutelage with the renowned Mrs Baccarini that cemented her love for musical theatre. She subsequently took a bite of the Big Apple in 2009 and found it a paradise of the performers.  During these years some of Cristina’s greatest professional satisfactions: were: a singing role in a musical at the Sistina theatre in Rome; a one-woman show with a jazz duo of piano and double bass; winning a talent show competition and inevitably starting a screen acting career.

Cristina’s decision to live in an English-speaking country saw her book a one-way ticket to Australia in 2013. She mounted the next challenge: completing a NIDA course, performing across theatres and public spaces such as squares, forums and cabaret nightclubs in the years to come.