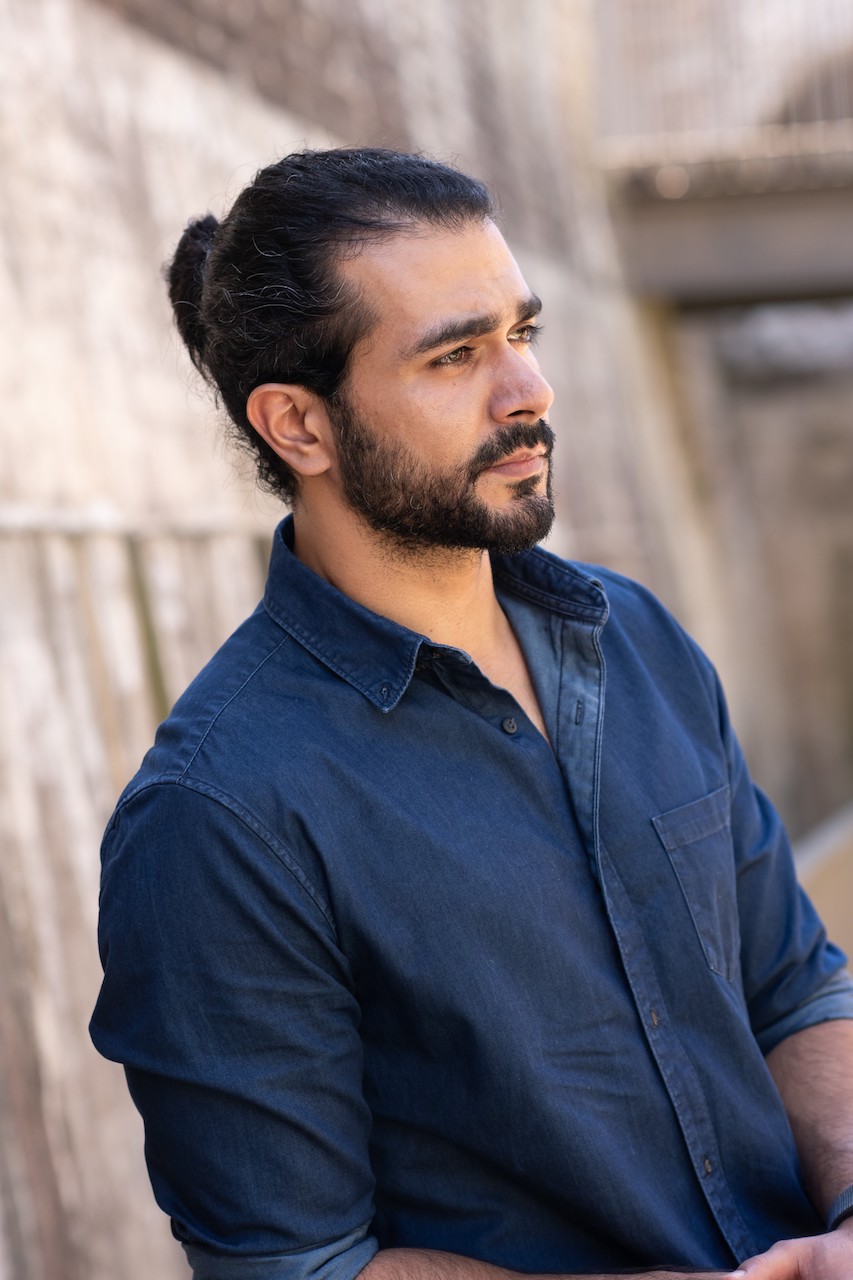 Azmi Al-Hasani is a Syrian actor based in Sydney, Australia. He was born in Amman, Jordan in 1989, where he lived the first 10 years of his life and then his family went back to Syria. His family is from Kurdish descent.

Azmi accidentally participated in a stage play during high school called "Spot" and he was the third best actor in Damascus Theatrical Festival. After high school, he studied Spanish literature in Damascus University, but he had to leave the country just before graduation due to the war in Syria so as to avoid mandatory military service.

In 2013, while working as a team leader in a refugee camp in Jordan, Azmi was trying to get into acting by going to a lot of auditions. He started his career there with a leading role in a radio series called "We Are All Refugees" alongside the famous actress Mai Skaf and the award-winning actor Nawar Bulbul. Then he participated as a leading stage actor in a play called "Intersection" which was about the relationship between Syrians and Jordanians. The play was sponsored by The National Centre for Culture and Arts and it was firstly performed in Amman and then all across Jordan for one and a half years.

After appearing in some TV commercials, Azmi auditioned for the award-winning director Hany Abu-Assad's movie "The Idol" and Hany cast him to play the role Ismael. Then he co-starred in the three-episode documentary series "The Great Arab Revolt" by portraying the role of Nasib Al-Bakri, the famous Syrian politician and leader.

In 2017, Azmi moved to Australia with his family. He filmed his own short movie "10 Minutes".